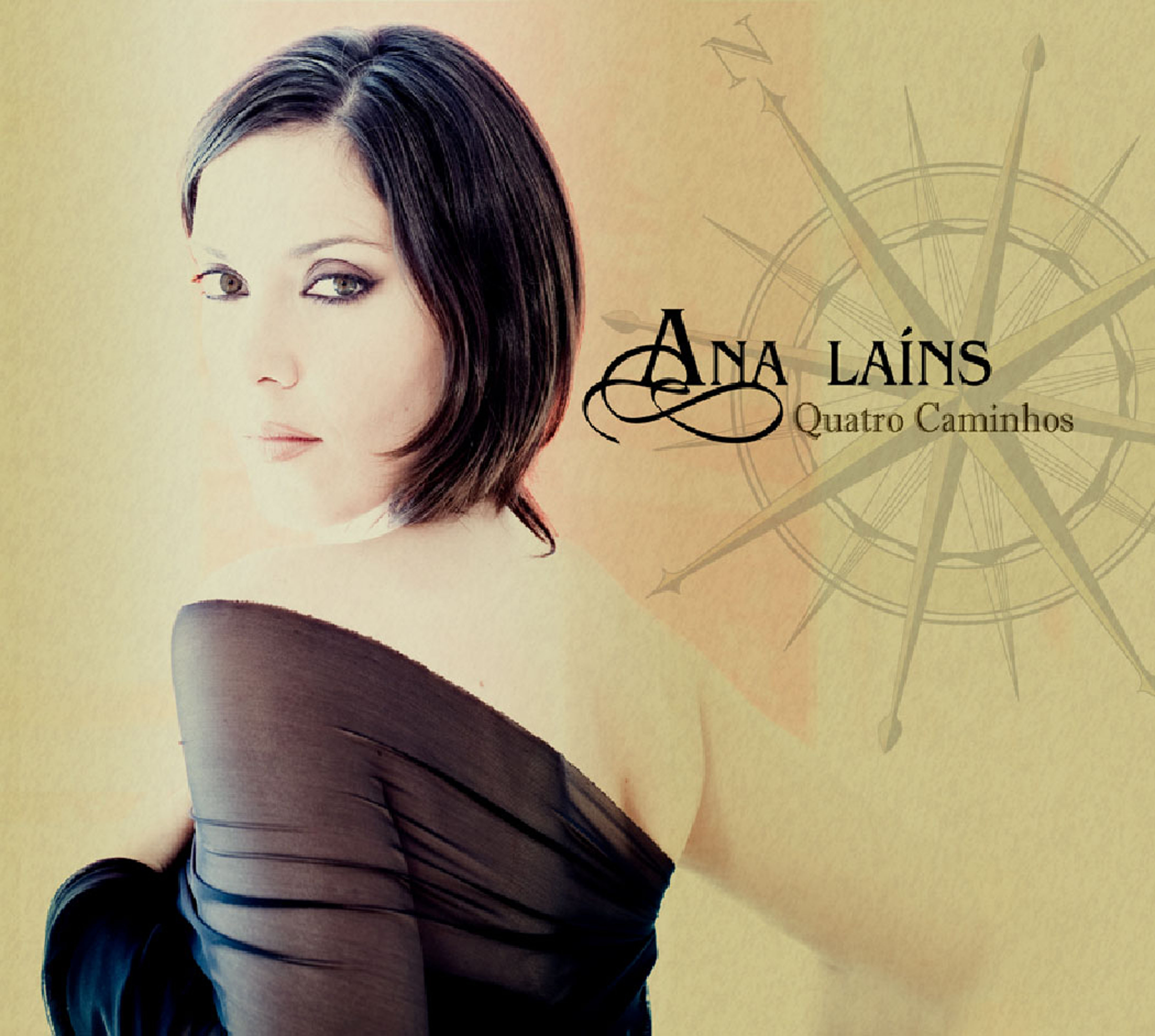 “Quatro Caminhos” is a daring album, much thought and felt, in which the singer confirms the diversity and coherence in being Portuguese: "Over many years I was cooking a versatile singer, coloured, because the force of circumstances wanted it so. I feel I am much richer because I had the opportunity to venture into many forms of musical expression. I took from these trips the best elations, the best lessons, and now I see music as a form of free and global expression. It may seem paradoxical, but perhaps this knowledge is the biggest reason for my
loyalty to Fado, to the traditional music and the Portuguese language. I am the daughter of a magnificent country with a very rich and inspiring musical

culture. I'm the result of a love for Portugal, which was, throughout history, proving that you can have an identity with so many colours." Ana Laíns

Ana Laíns sings for the first time in public at the age of 6, the artist born in Tomar soon discovers her innate talent for music and at the age of 15 sings her first fado. After winning the Grande Noite do Fado of Lisbon in 1999 she decides to take seriously her music career and does performances in the United States, Germany, France, Belgium and Luxembourg. In the year 2000 appears her first studio recordings participating in some compilations. Although she signed her first record deal in 2003 with the record label Difference invited by Samuel Lopes, she only felt maturity enough to record her debut album late in 2005, with the help of Diogo Clemente on musical direction and production. In April 2006 her first album "Sentidos" is finally available on the market, where Ana Laíns interprets some of her favourite poems of Florbela Espanca, Lidia Oliveira, António Ramos Rosa among others and gathers an amazing cast of musicians for the recording. The tour of "Sentidos" went through Spain, Belgium, Netherlands, Russia or Greece where she was considered "The diva of a different fado," the international press gave high praise to her work and the British magazine Songlines highlighted the completely contemporary exercise of the singer in fado. In Portugal she was considered a major revelation for giving a new colour to fado and to Portuguese music. In the summer of 2009 comes the invitation of Boy George to record a duet of "Amazing Grace" included in his new work, explaining: "Your voice is sublime." In February 2010, the year that Ana Laíns celebrates 10-year career, she releases her new album "Quatro Caminhos" that counts again with the complicity of Diogo Clemente in the production and musical direction. Continuing her path through fado and traditional songs with authorship of Diogo Clemente, Amélia Muge, José Manuel David, Filipe Raposo and others. Concerning the lyrics, the singer favoured the theme life and its various aspects, choosing poems by Natália Correia, the Uruguayan Ruben Darío and the Brazilian Carlos Drummond de Andrade and debuts herself as a writer with a tribute to fado in the theme "Não sou nascida do Fado”.