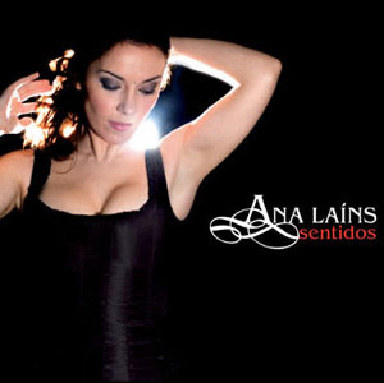 Sentidos is the debut album of Ana Laíns, originally released in 2006 and reissued now seven years later in a new remastered version in HD audio.
This was the album that increased and solidified the artist's career and that would be a major milestone in Portuguese fado music by the new sound and freshness of the voice of one of its best performers.
Sentidos is the first album produced by Diogo Clemente (Raquel Tavares, Carminho, Mariza) with some songs and poems of his own.
In this work one can feel the intimacy of the singer with poetry, sings some of her favourite poems from Florbela Espanca, Lidia Oliveira, António Ramos Rosa, among others. Musically discovers the pulse of a contemporary Portugal where fado, traditional and popular music coexist in harmony. An album that has exceptional musicians: Diogo Clemente, Bernardo Couto, Rúben Alves, Fernando Araújo, Vicky and others.
Sentidos was the album that opened the doors of the world to Ana Laíns. International media praised the work and the British magazine Songlines highlighted the completely contemporary exercise of her singing on fado.
In Portugal was considered a great revelation to give a new colour to fado and Portuguese music, while in Greece was considered "The diva of a different fado."
After two records released and hundreds of performances throughout Europe and all over the world, we can claim that Ana Laíns is one of the brightest voices of her generation with a unique ability to interpret that allows her to dare and transporting Portugal into the future.​​​​​​​