Fado - A portrait of Lisbon 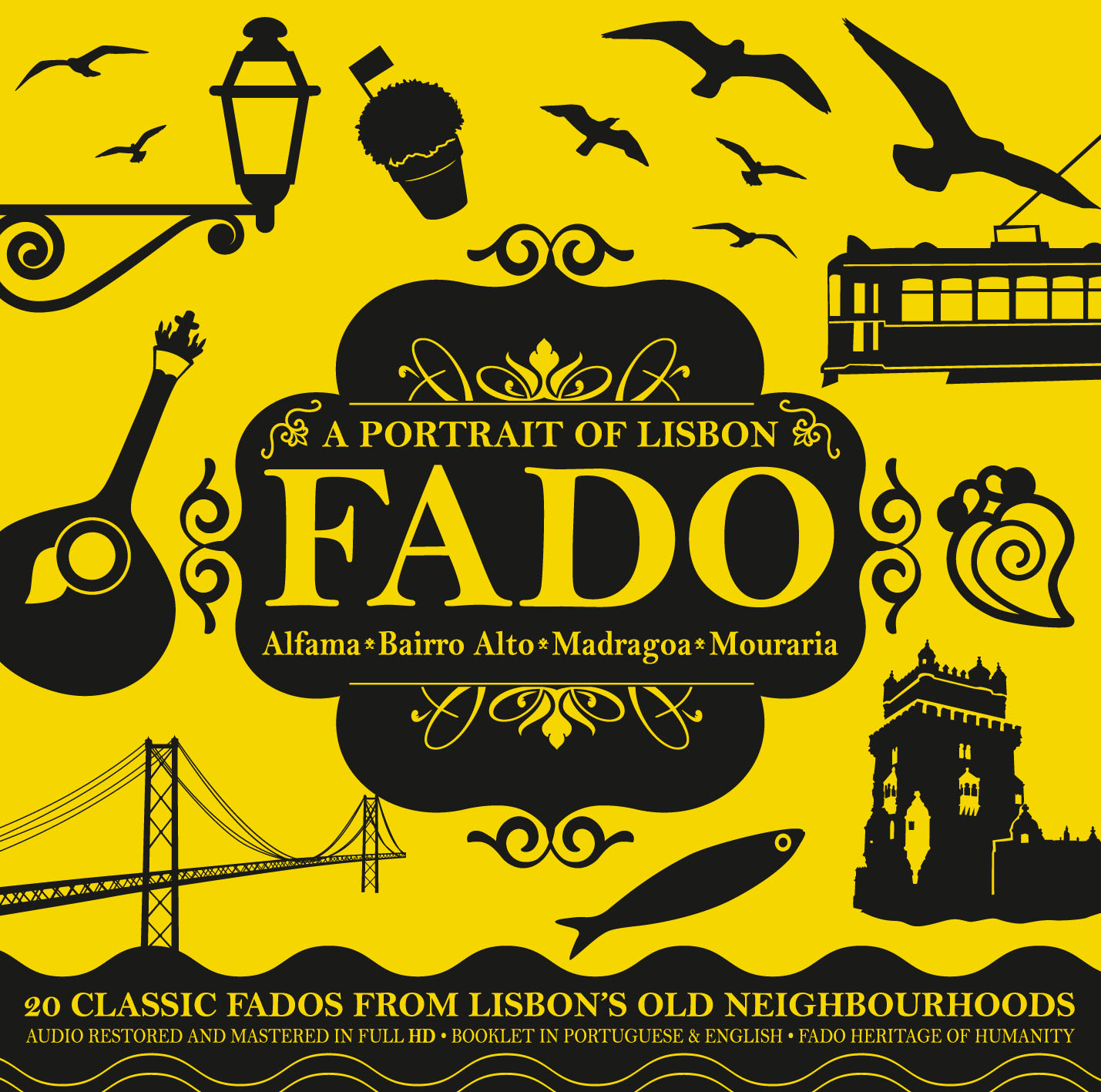 Who said that fado is sad? This anthology addresses the more popular side of fado in a cheerful and faster rhythm that lead us to the imaginary of Santos Populares – the festive season of Lisbon traditionally perfumed by basil where one can taste the typical grilled sardines.

guitar. This is a Lisbon’s soundtrack featuring some live recordings made in the typical fado houses during the 50’s and 60’s, including fados corridos

(traditional fados in a faster rhythm), marchas (Lisbon’s typical, festive and popular songs) and other Lisbon’s songs, in desgarradas (sang at two or more voices) or just in one single voice.

FADO, A PORTRAIT OF LISBON

Lisbon is one of the oldest cities in Europe with more than 3000 years since its foundation; it is located at the mouth of the Tagus River - the largest of the Iberian Peninsula.

Since the early days the Portuguese capital has been a strategic and privileged point for trade and replenishment of ships between the North Sea and the Mediterranean, being as well the nearest continental European port to America. The geographical context of the seven hills city along the centuries aloud as well the cultural exchange among people from all over.

The typical neighbourhoods are an important historical heritage of the city, located in the hills of Lisbon with a stunning view over the Tagus River are of great interest for the millions of tourists who pays it a visit every year.

It was about 200 years ago in the old quarters of Alfama, Bairro Alto, Mouraria and Madragoa that fado was born and developed as port music within the humbler social classes of these neighbourhoods.

In the mid-nineteenth century fado expands to the entire Portuguese territory and become the most typical Portuguese song.
In the twentieth century fado continues to evolve, in the late 20 's male and female fado singers become professional and the fadista figure born, with

In the mid - '30s it has been formed several fado groups whose comprised big names of the time being. These groups have made extensive tours throughout the whole country and also began to perform regularly abroad.

Severa in 1939. Amália took fado worldwide and opened doors for all the fado singers that followed.