Fernando António Nogueira Pessoa was born in Lisbon on June 13, 1888 and dies in the same city November 30, 1935. It was one of the brightest figures of Portuguese culture ever, considered one of the greatest poets of the Portuguese language and literature. One of its main features was the ability to create multiple characters knowing seventy-two, between heteronyms and aliases.

Under the aegis of the 125 years since the birth of Fernando Pessoa and with the support of Antena 1 and the Casa Fernando Pessoa, SevenMuses MusicBooks presents in book and CD the original work Os Mensageiros, Antologia de Fernando Pessoa.

This anthology brings together Portuguese and Brazilian artists from various quarters of Lusophone culture as music, cinema, theater or literature.
The poetry anthology and introduction is by Luis Filipe Sarmento that explains the paganism of the writer in "Ser tudo de todas as maneiras (Be all in

all ways)" and revisits the essential poetry of Fernando Pessoa and the main heteronyms as Alberto Caeiro, Álvaro de Campos and Ricardo Reis.

This special edition has to offer a CD of original music, whose challenge was to embrace the multiplicity of the poet on a journey of intimacy and universality. The result is 14 compositions by several authors inspired in the poetry of Fernando Pessoa, of which 9 songs – sung by Dulce Pontes, Oswaldo Montenegro, Fernanda Porto, Ana Laíns, Débora Rodrigues and Ângela Maria. It also contains five poems set to music - recited by Joaquim de Almeida, Ruy de Carvalho and Lia Lobato Lopes, a child who has in herself all the dreams of the world. This album also features the participation of several musicians who usually collaborate with other major names of the Portuguese and Brazilian music.

Special edition in a book and a free CD celebrating the 125 years of birth of the poet which happens in 2013.

Introduction and poetry anthology of the writer and main heteronyms by Luís Filipe Sarmento.

Anthology of original music in CD. 9 songs and 5 poems set to music with performances by various artists. 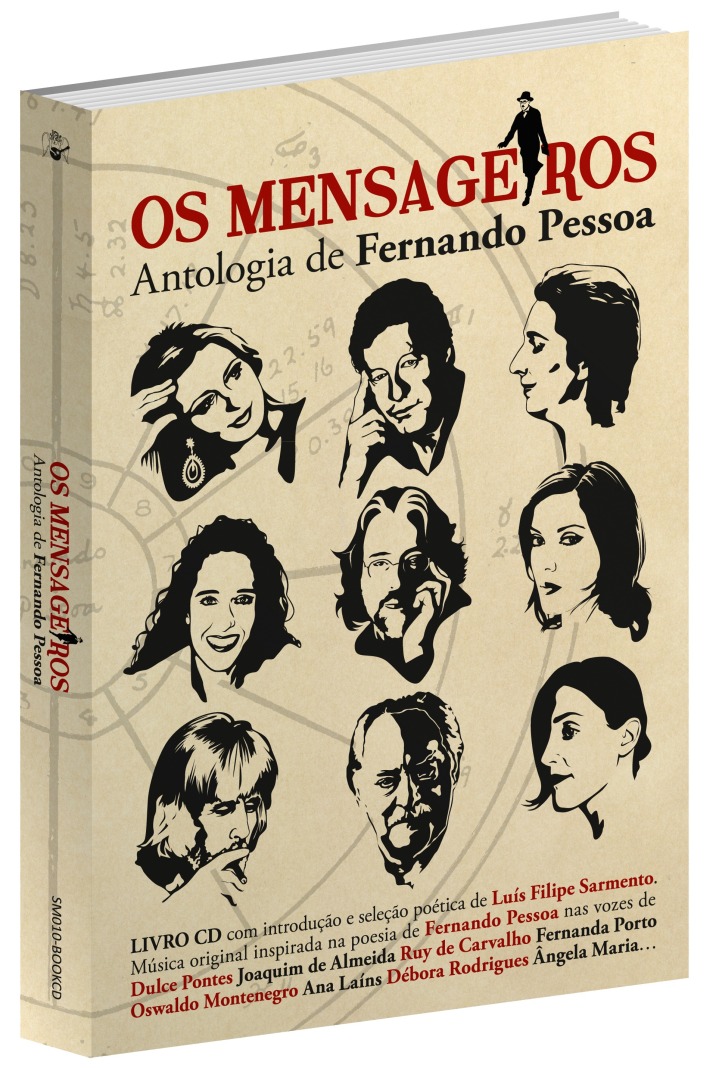